The Pentagon has ordered 6 advanced air defense systems for Kiev and 6 million Ukrainians will lose power on the first day of winter.

The most important events related to the war in Ukraine:

The Kremlin confirmed on Thursday that any court set up in Ukraine to try Russian war crimes suspects would lack legitimacy and would not be recognized by Moscow, after the European Union announced it was seeking to establish such a court.

Kremlin spokesman Dmitry Peskov told reporters on Thursday: “As for attempts to create some kind of court, it will not have legitimacy and we will not accept or condemn.”

Spain confirms that the Office of the President of the Government received notification of the bomb, as well as other institutions in the country

The Ministry of the Interior reported today, Thursday, that the office of the President of the Spanish Government, Pedro Sánchez, received on November 24 a letter containing explosive materials that were received by the Embassy of Ukraine, a Spanish arms manufacturer on Wednesday. fair and an air base on Thursday. 🇧🇷

The ministry added that security measures around public and diplomatic buildings would be tightened after receiving a series of bomb threats across the country.

Spanish security forces have found a third suspicious explosive device hidden in an envelope sent to EU headquarters at the Torrejon de Ardoz air base near Madrid, Spain’s Ministry of Defense said on Thursday. The ministry said in a statement that, after X-raying the envelope, Air Force security officials determined it contained an explosive device.

Police were still analyzing the package on Thursday morning.

There are suspicions that Russia is behind the messages, although Euronews cannot independently verify the story.

Yesterday, Wednesday, the Spanish Police announced that an employee of the Ukrainian embassy in Madrid was slightly injured in an “explosion” at the embassy on Wednesday while “treating a message”, without giving further details.

Russian Foreign Minister Sergei Lavrov said on Thursday that Pope Francis’ recent comments were “contrary to Christianity” after the pontiff said Russian ethnic minority fighters were among the “most ruthless” forces. in the war in Ukraine.

Lavrov said in a televised speech that “Pope Francis is calling for dialogue, but recently he made an incomprehensible statement that he is completely contrary to Christianity and the classification of two Russian peoples as brutal can be expected of them in the context of hostilities.”

Lavrov: The West could have avoided the conflict in Ukraine, but it ignored Moscow’s proposals

Russian Foreign Minister Sergei Lavrov said the West had a real chance of avoiding conflict in Ukraine but chose to reject Russian proposals to stop NATO’s eastward expansion and refused to accept a status of special security for Kiev.

The West says that Russia’s proposals before the war in Ukraine were unrealistic and false.

Lavrov added at a news conference in Moscow that the United States and NATO are participating in the war in Ukraine because of their support for Kiev. Lavrov said Washington and NATO are involved in the war because they supply Ukraine with weapons and conduct military exercises on its territory.

German lawmakers on Wednesday passed legislation that would treat the famine that afflicted millions of people in Ukraine under Soviet leader Joseph Stalin in the 1930s as a “genocide”, adopting the term used by Kiev. The response came quickly from Moscow, where Russia’s foreign ministry said Berlin was trying to burnish the image of its Nazi past.

The United States has agreed to send a total of eight NASAMs to Ukraine to assist with missile and drone strikes. Ukraine already received the first two air defense systems of this type in November, and the second part will be delivered in the coming months after its production.

The Pentagon said our SAMS systems have so far achieved 100% success in intercepting Russian missiles launched against Ukraine. In all, the United States has provided more than $19.3 billion in aid to Ukraine since the start of the war.

Ukraine’s state emergency service said on Wednesday that nine people had died in a fire that violated safety rules as it tried to heat their homes after Russian attacks on electrical installations.

The service declaration says: 131 fires were recorded in Ukraine in the last day, 106 of them in residential areas. Nine people died and eight were injured.”

Ukraine President Volodymyr Zelensky has lashed out at US billionaire Elon Musk’s controversial peace plan to end the Russian invasion and invited Twitter’s new owner to visit his war-torn country to see the situation on the ground. 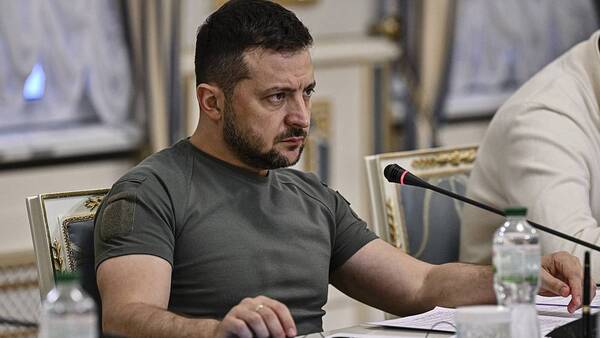 I am Cathy Jenkins, an experienced news writer and author at News Unrolled. I specialize in opinion pieces and the trending section. With over 7 years of experience in the industry, I have become well-versed in crafting stories that are both informative and engaging.

Cathy
I am Cathy Jenkins, an experienced news writer and author at News Unrolled. I specialize in opinion pieces and the trending section. With over 7 years of experience in the industry, I have become well-versed in crafting stories that are both informative and engaging.

Seth Rogen, producer of The Boys, has joined the now growing chorus of Marvel cinematic detractors who say they...

Footballer Eduard Spersyan announces that he wants to play...
- Advertisement -

The “culture of Dubai” enriches the “walking language” on the initiative of “Abjad”.