RIA Novosti correspondent Vadim Kuznetsov recalls the most scandalous match that prevented the Russian football team from participating in the 1998 World Cup.

By the fall of 1997, Russian fans were very accustomed to it. To the scandals of players and management about prize money and ugly jerseys. The fact that the composition is created not according to the strength and readiness of the players, but according to the personal preferences of the coaches. Moreover, high expectations from the national team in big tournaments are not the players’ concerns, but their own problems. But they are not used to the fact that the World or European Championships can be held without the participation of Russia. The dark period of the late 70s and early 80s was long forgotten, and since 1986 domestic football players have always entered the big tournaments.

And with the 1998 World Cup qualifying group held in France, we were very lucky in whatever we were going to do. Cyprus, Luxembourg, Israel and the aging national team of Bulgaria, whose main star, Hristo Stoichkov, argued with the local federation and stopped responding to national team calls. Two years ago, the Russian team led by Oleg Romantsev qualified for the Euro with one of the best results among all teams – he scored 8 wins and 34 goals in 10 matches, and the opponents were more serious. Also, the most difficult matches according to the calendar – only with Bulgaria – fell at the end of the qualifying round, in September and October, which is very suitable for the “spring-autumn” system.

The first words of the new coach of the national team, Boris Ignatiev, sounded optimistic: “I will invite you to the team that I think is the best in their role at the moment, regardless of club membership.” The results and level of play in the first matches – a friendly draw with Brazil and a 4-0 home win with Cyprus – were also pleasing. Well…

After the 1:1 draw with Israel, apparently for the first time in the new Russian football history, the words “everybody has learned to play now” were heard. After the 1:1 away game with Cyprus, the national team said goodbye to Valery Karpin and Alexander Mostov for a long time, who, according to some, did not want to work with the Ignatiev tandem, the leadership of the RFU, and according to the other, they did not receive calls due to their conflict. Luxembourg’s temporary defeat (3:0) was marred by serious injury to Omari Tetradze, followed for a moment by an Italian Roma player and a tough victory over Israel at home (2:0) not so well remembered. More than the beautiful goals of Vlad Radimov and Alexei Kosolapov, but the ugly turf of the Dynamo stadium, which adds no credibility to Russian football.

The Bulgarians started the election worse with a defeat at Ramat Gan from Israel, but then they pulled themselves together and won five consecutive matches. Stoichkov and Lubomir Penev are back in the squad, Krasimir Balakov from Stuttgart got in shape, then Emil Kostadinov, who played not for Bayern but in the Mexican championship. Before the match with the Russian team, the 1994 World Cup semi-finalist led the group by one point, and a home win would have guaranteed the Bulgarians a ticket to France. And for some reason, the hosts of the game did not doubt their success.

“The Russians saved us from the Nazis, we saved them from the World Cup,” Stoichkov said before the game. 20 years later, in an interview with RIA Novosti, the Bulgarian star will say that she did not want to offend anyone, she was just joking about Russian fans, but then this phrase sounded defiant. For the win, the players of the Bulgarian national team were promised 10 thousand dollars each, and the arrival of the head of the country to one of the last training sessions was an additional motivation for the team. 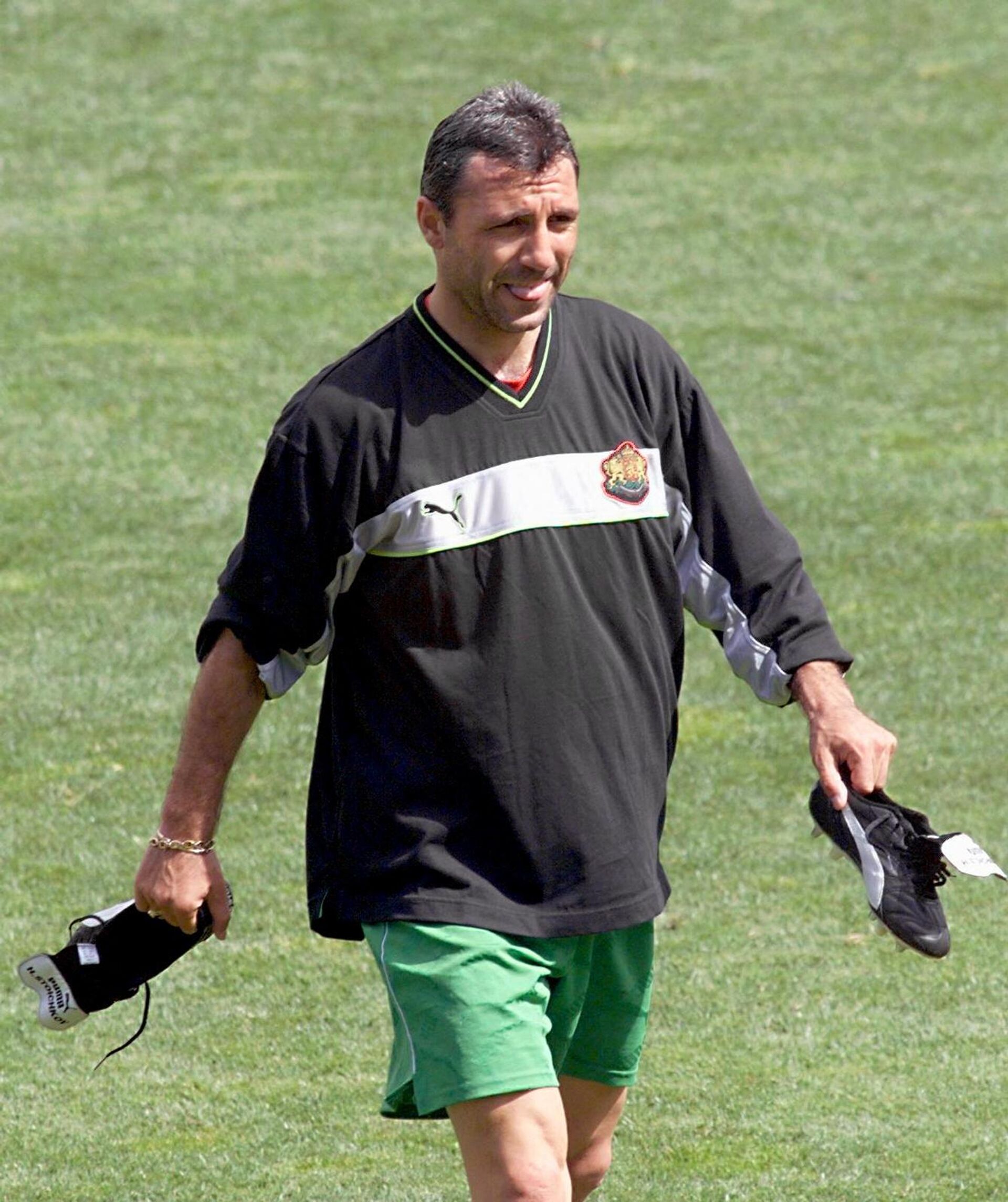 It is not known for certain whether money was promised to anyone other than those who participated in the match, but strange things happened on the field from the first minutes.

Although Kostadinov defiantly scored offside after the whistle, he was not shown the yellow card. Alexei Kosolapov was given a warning for delaying the game and the Bulgarian player went unpunished in the same case. In controversial and only cases in the middle of the field fouls did not whistle in favor of the home team, and when the Russian players were on the turf, Czech referee Vaclav Krondl acted as if nothing had happened.

For example, the fall of Igor Simutenkov into the penalty area in the first half was drawn into a free kick, not a penalty kick, but immediately after the break, when Igor Kolyvanov threw the ball for a move, he was struck in the legs by Kishishev and was offended when he was not rewarded for this penalty. A few minutes later, Igor Yanovsky hit the defense of the Bulgarian national team from the left side and was hit with a blow to the legs from the back, but Krondle, who was three meters from the scene, did not seem to see anything. And right after Trifon Ivanov’s goal, Kolyvanov played great at the other end of the field, but was knocked down by the same Ivanov. Horror stories about Erik Fredriksson (who didn’t notice Maradona’s handball in the 90 World Cup), Jorge Monteiro (Cup Winners’ Cup – knocked out Onopko in the 1993 semi-final) and Serge Mumenthaler (who refereed the quarterfinals in the Champions League ” Spartak” – “Nantes”) against this background looked like easy childish fairy tales.

“Then I can say with confidence that Krondle killed us! 100 percent!” Boris Ignatiev shared his memories with RIA Novosti. !” 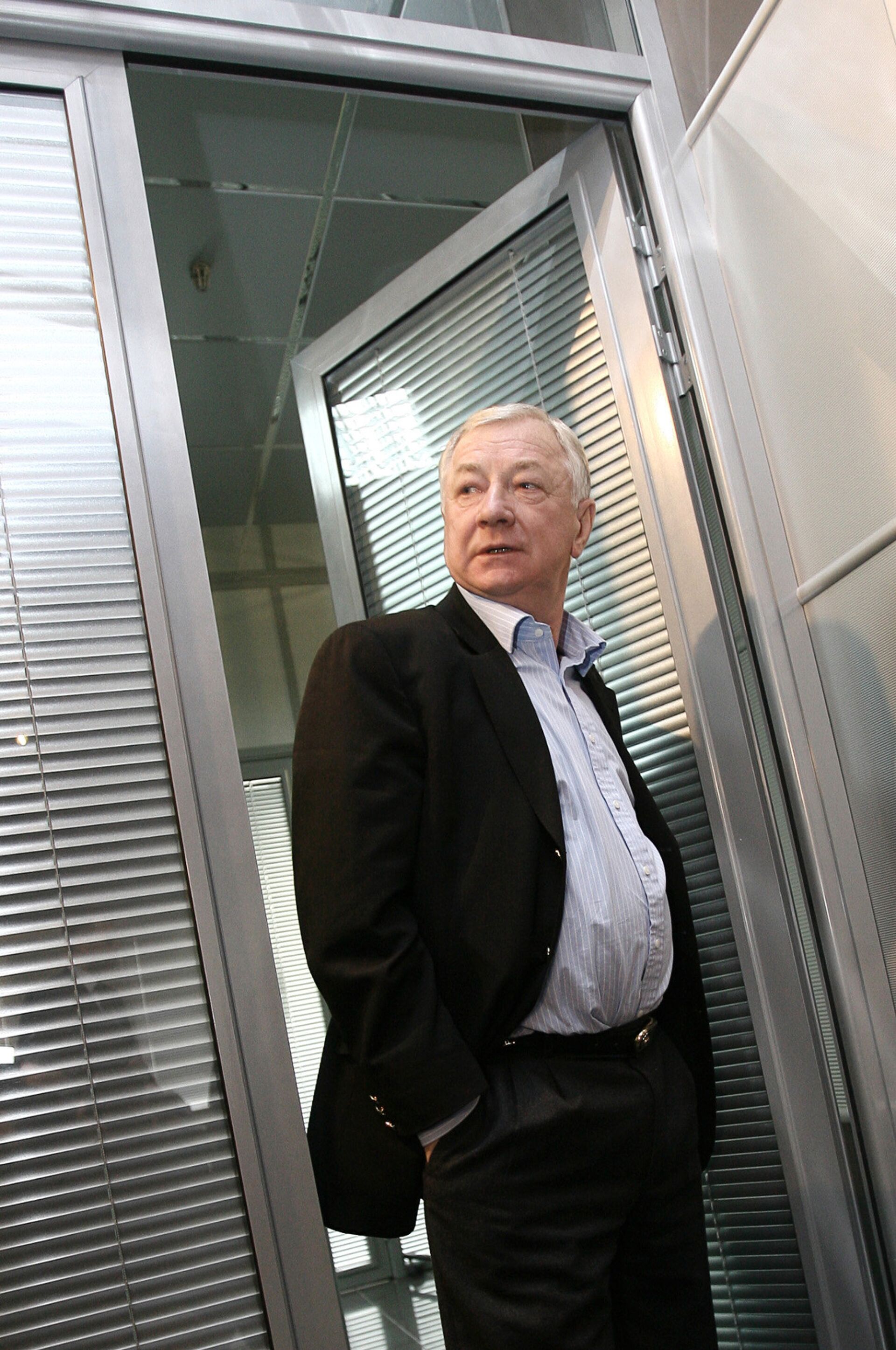 The Russian national team could not make up, and the return match with a series of penalties against the Bulgarian team in Moscow was no longer important. Surviving the snowy Luzhniki and getting the desired result on the field, Ignatiev’s team captured Italy at the joints, thus Russia found itself without the World Cup for the first time in 20 years. The Bulgarians failed in France and finished the group stage with one point and a 1-6 loss to the Spaniards. And what would the generation of Andrei Kanchelskis, Kolyvanov, Nikiforov and Onopko show there with youth from Spartak and Lokomotiv, who in the spring of 1998 reached the semi-finals of European cups and were not at all afraid of Ronaldo and Ivan Zamorano?

“I don’t want to offend anyone in the current generation, but I can say with confidence to the point of hoarseness, arguing that that generation was individually much better equipped and more fit. There were many more masters. If someone objects, then it’s easy to look at the statistics. 32 people went to different countries and Italy, They played in England and Spain, and now we have three such players – Alexei Miranchuk, Alexander Golovin and maybe Nikita Khaikin. Then there were difficult times when football was at a turning point in the organizational moment “A huge army of football forces in the organization lost to the financial basis, and this was the soul of the guys. affected his condition. Therefore, there were such conflicts with Pavel Fedorovich. Sadyrin etc. They hindered the progress of the team, but at that time it was great in terms of the quality of the players,” said Boris Ignatiev.

Bilyaletdinov said that the reason for the seven goals...
- Advertisement -

Bilyaletdinov said that the reason for the seven goals...
Sports

Noboa described Berdyev's taking over of Sochi as a...
Sports

Footballer Eduard Spersyan announces that he wants to play...
Sports