“We didn’t expect that.” What do the mobilized say about the situation at the front?

“We didn’t expect that.”

What do the mobilized say about the situation at the front?
Maria Marikyan
Novices come to the line of communication. They also learn necessary skills, some even from scratch. Sometimes problems arise – poor-quality equipment, insufficient training in training grounds. Therefore, more experienced DNR fighters and volunteers are helping them. In the report of the RIA Novosti about what the mobilized in war conditions did.
Training on the contact line
– The gun is safe. We run faster. Aim! Next trio – go ahead!
Instructor with pole call sign commands – fighters train on an impromptu shooting range. During breaks between skirmishes, 150th division workers hone their skills in lightly armed combat. It is important to hit any target – a can, a bottle, a mark on a piece of paper.
12

It is important to hit absolutely any target accurately.

Soldiers were trained in the training grounds of the Southern Military District, including the territory of the DPR. Trainings are continued by experienced trainers within the military unit.
Pole is 28 years old. He is younger than most of his wards, but they implicitly obey. It has been serving on a contract basis since 2013. He participated in the storming of Mariupol. He had shrapnel wounds. Three weeks in the hospital – and again in service. It was in the direction of Luhansk.
mobilized in education
“Mostly, the mobilized ones are from my hometown of Krasnodar Territory. I’m personally interested in ensuring that they are prepared to the maximum. The emphasis is on urban battles,” says Polyak. “We explain how to act in the attack while retreating.” .
The contact line is nearby. But they are not immediately sent to the front line.
“First of all, you have to feel the ringing of the fire in your ears and get used to the sound of grenades and cannonball explosions. As soon as we see that the fighters are ready, we take them with us first,” says the trainer. two or three… 20 percent of our group is already doing combat missions.”
Trainers and mobilizers – about education
An infantry commander named Baal explains: They train at different times and in different places. They try to find an individual approach to everyone. “The important thing is to teach how to use weapons, shoot from any position.”
Lessons – daily, at least three hours. The trainer named Miron said, “In educational areas, unfortunately, it is taught from books. In reality, everything is different, the difference is huge. Our originality is our ability to deal with fear. It will definitely happen,” but you need to do it without panic attacks, focus “. 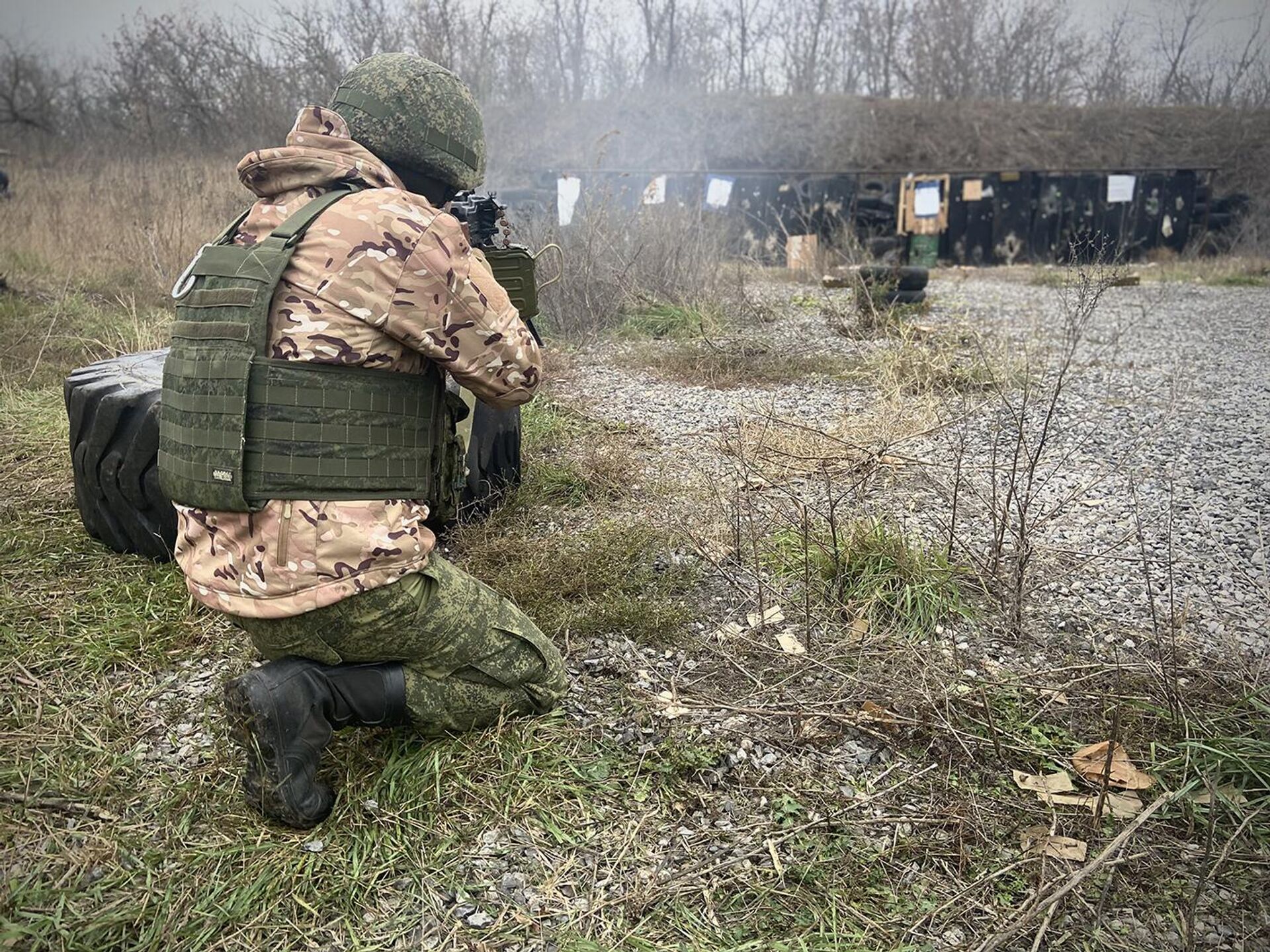 mobilized in education
“Here is better”
A fighter with the Teacher callsign summoned on September 21 has already appreciated the effectiveness of this approach. He spent three weeks in the Rostov region, where the training was “so-so” in his own words. Here is another topic. Working with people who have gone through fire and water.
He worked as a life safety teacher in Krasnodar. A few years ago, he immediately enlisted in the National Guard. Already taken to the war exits. He says he was lucky with the equipment: they even gave high-quality body armor, helmets and unloaders on the training ground. “Anything I bought additionally of my own free will. A change of clothes, for example, is certainly not superfluous.” 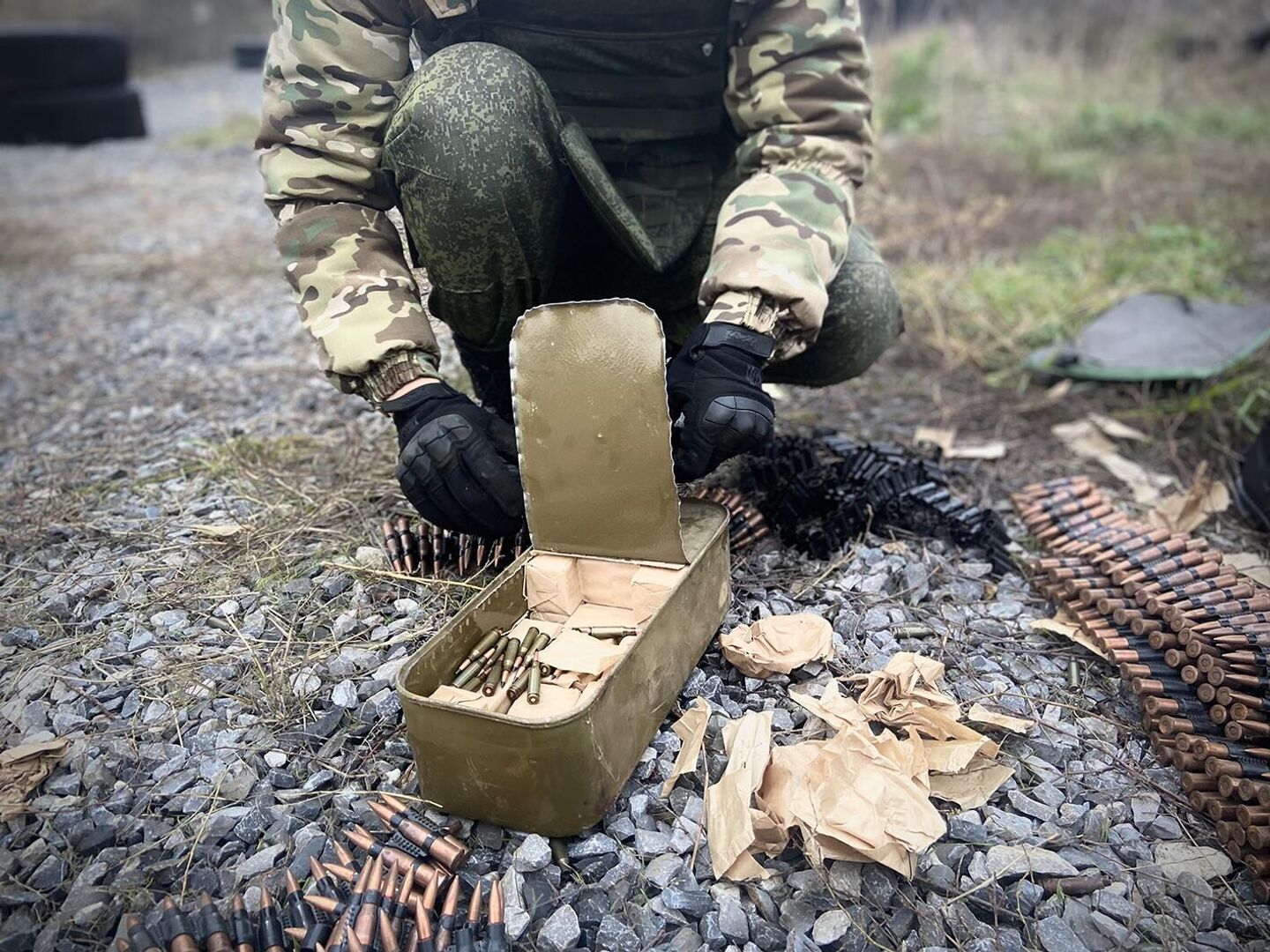 Loads a mobilized machine gun
However, the soldier with the Magi call sign bought the uniform and berets himself. I spent more than 60k on wages overall.
Trained, it is possible to say from scratch. In the emergency landing troops passed 26 years ago in Novorossiysk.
“They called on October 19th. I only spent 10 days on the training ground, it wasn’t enough. Then here. They still don’t take the exits. We trust the trainers in everything because there is already a result.” says. 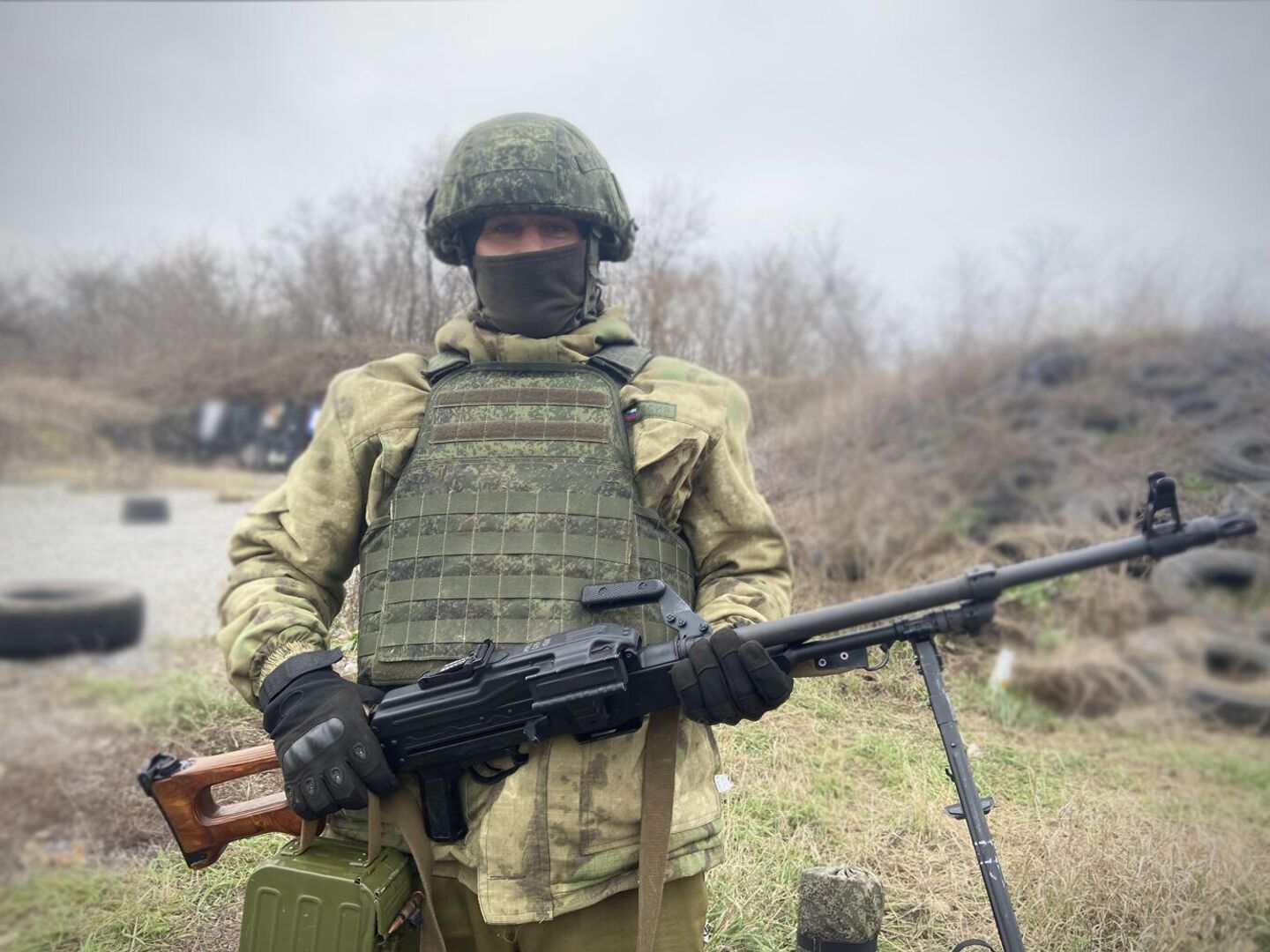 Fighter with the call sign of Koldun
humane aid
Tatyana Butrina, coordinator of humanitarian projects of the DPR People’s Militia (NM) Department, confirmed that problems with the equipment are not uncommon. Units are often asked for help.

“The uniform bursts at the seams. Or it doesn’t fit the shape,” he lists. fabrics”.

Tatyana Butrina – about the needs of the facade
In field conditions, chronic diseases are exacerbated among mobilized people – they constantly need medicines, including those that you can not buy at the pharmacy. The Great Fatherland Foundation helps drugs in the DPR.
The drugs are brought in by trucks – chief medics are stockpiled for future use. “On the front, it is not always possible to quickly deliver a person to the hospital. Sometimes you have to act quickly without waiting for the doctors. All first aid kits need to be filled up to the starting and destination point,” the NM representative emphasizes. 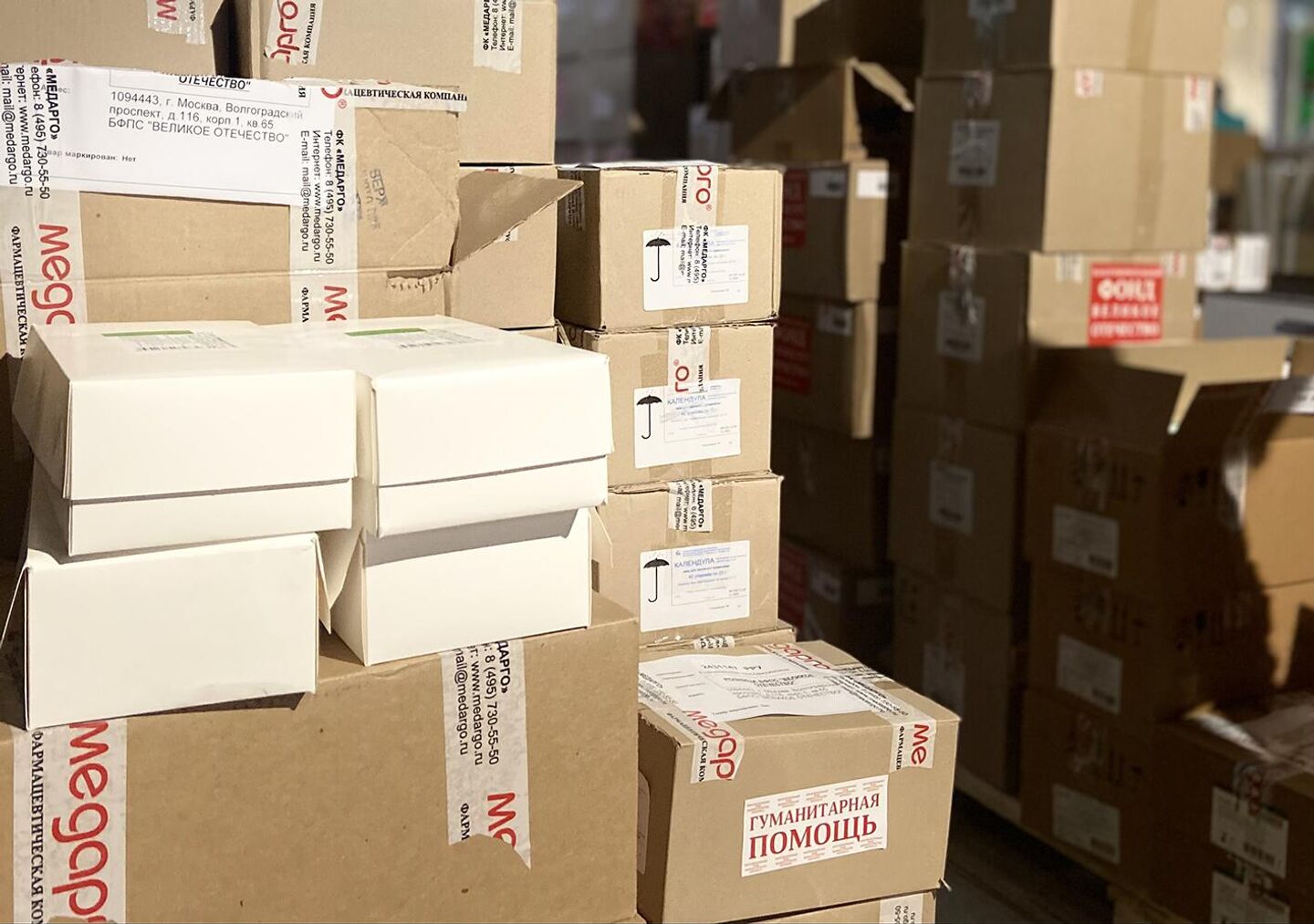 Charity Foundation “Great Fatherland” helps medicines
And there are problems with the products. Sometimes they want bread. Flour and yeast are provided, but there is nothing to cook on it. And the cooks do not have time to cook for the whole regiment. As a result, they agree on delivery via volunteers.
Problems of mobilization
Warriors often complain about the uniforms and shoes provided on the training grounds. “We’re already looking for sponsors here – compassionate people always send better things,” says a fighter with the call sign Student, military adviser on the weapons and security of the 103rd Regiment.
About the problems of mobilization
He has extensive combat experience – Syria, Nagorno-Karabakh. Now in Donbass – according to him, there is a great need for artillery, tankers, scouts, hunters, doctors, repairmen.

“A week later some of the mobilized classes stay here at the front. They don’t really know how to use weapons. We’re looking for time and money to explain everything. But of course it would be more efficient.” If not only soldiers but also specialists were trained in the training grounds, for example, for the use of anti-tank missiles, – says the consultant. – In addition, the infantry often comes to the tankers and does not understand how to behave, what to do when he gets in the car, and in a few days he will go on a combat mission. “ 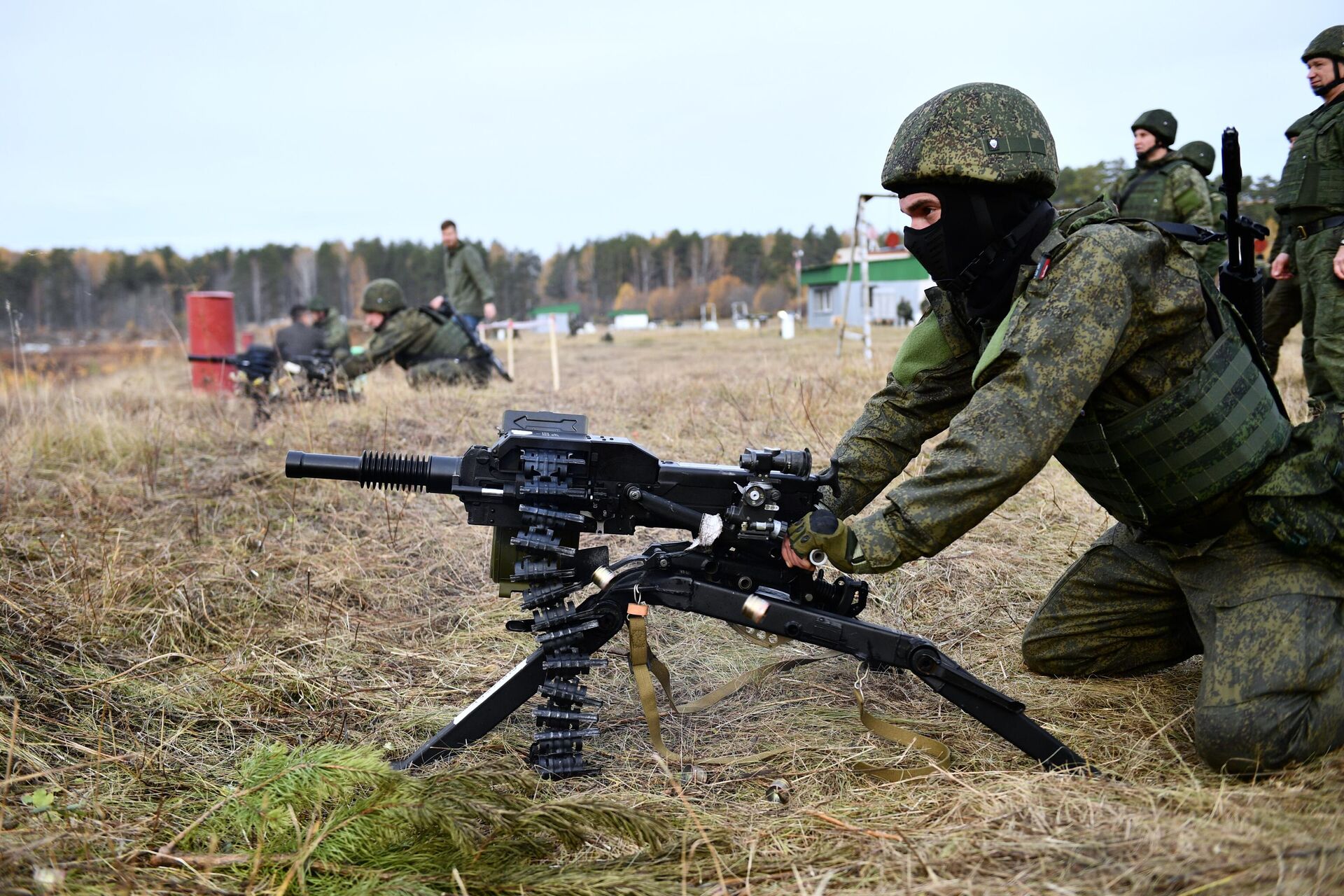 Military training of those mobilized in the regions of Russia
Most of the newcomers to the regiment are elderly. So, a 47-year-old fighter with the call sign Old served as a driver-mechanic of a reconnaissance company in Chechnya in the 90s. I’m on remrot now. He is from Taganrog: he trained for a week at the training ground, then – five days at the DPR.
“Of course I wish it was longer. But as they explained, the flow of people is huge,” says the recruit. “Personally, I’m not curious, I have experience. I remembered everything quickly. And a positive attitude is also important.”
Soldiers of the 103rd regiment – about service
Not everyone is mentally ready. “People from the education field were quickly brought to the DPR, who had already had time to feel what it was like to be under bombardment. We saw civilian casualties, houses destroyed. Those who encounter it for the first time are emotionally difficult,” adds the student.
“It will save lives”
Problems with the mobilization arose in the first days after it was announced. The authorities promised to take care of the provision of the front – they created a coordination council under the government. This is done at both the federal and regional level. 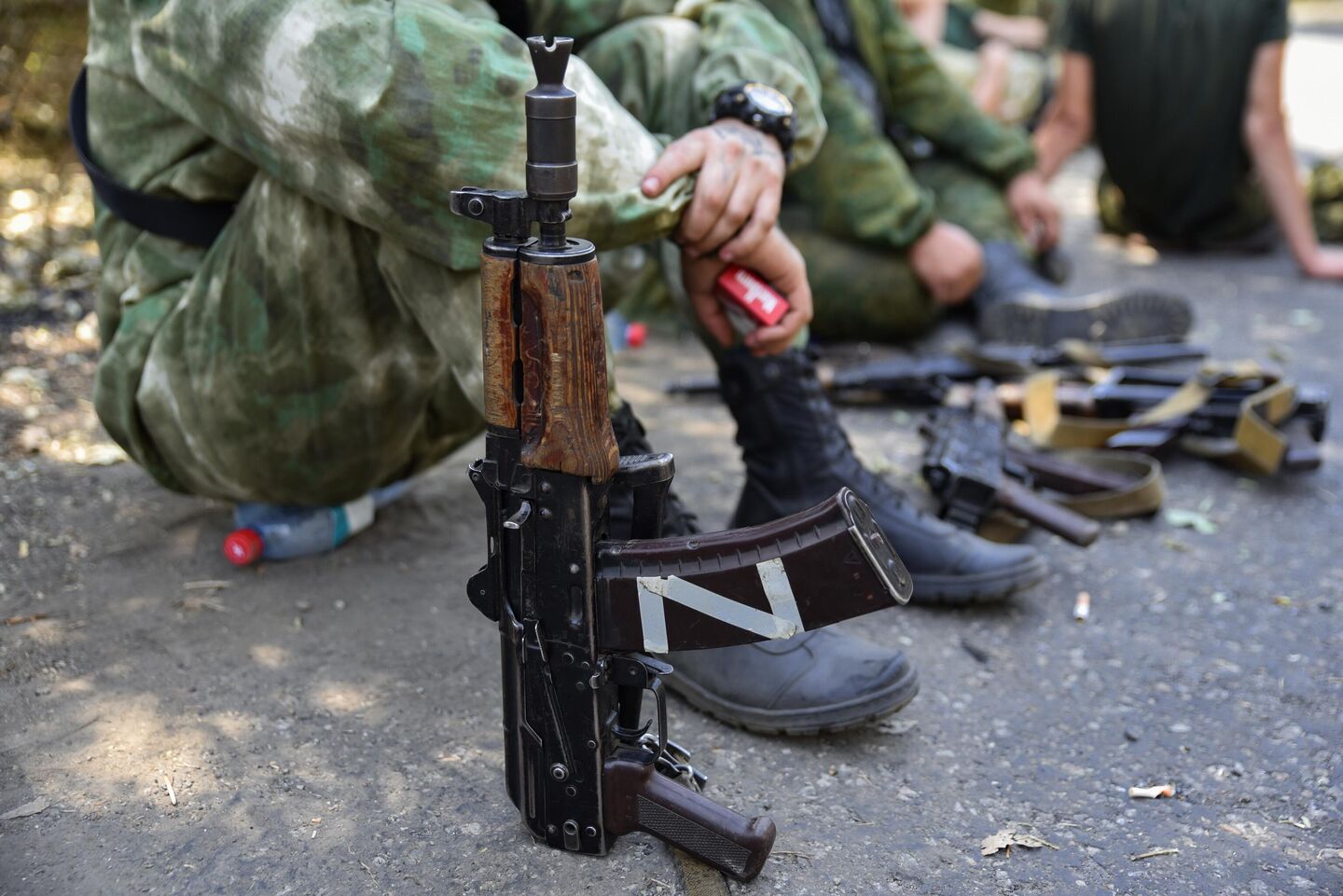 AKM assault rifle of a soldier of a separate battalion of the operational combat tactical formation of the DPR
They plan to modernize the military registration and recruitment offices so they don’t randomly call everyone. “And then one has no fingers on his hand, the other has limited movement due to injury. When a man arrives in a pre-infarction state – he called an ambulance as a result. He has it after a stroke,” he gives examples. Deputy chief of staff of the 103rd regiment with the Yakuza callsign.
Hire payments are delayed due to bureaucratic delays. And, according to the officer, the contract soldiers who joined the SVO from the first days have not yet been issued documents for war veterans.
Soldiers are asked to pay attention to their wishes – this will help to achieve success at the front and save lives. 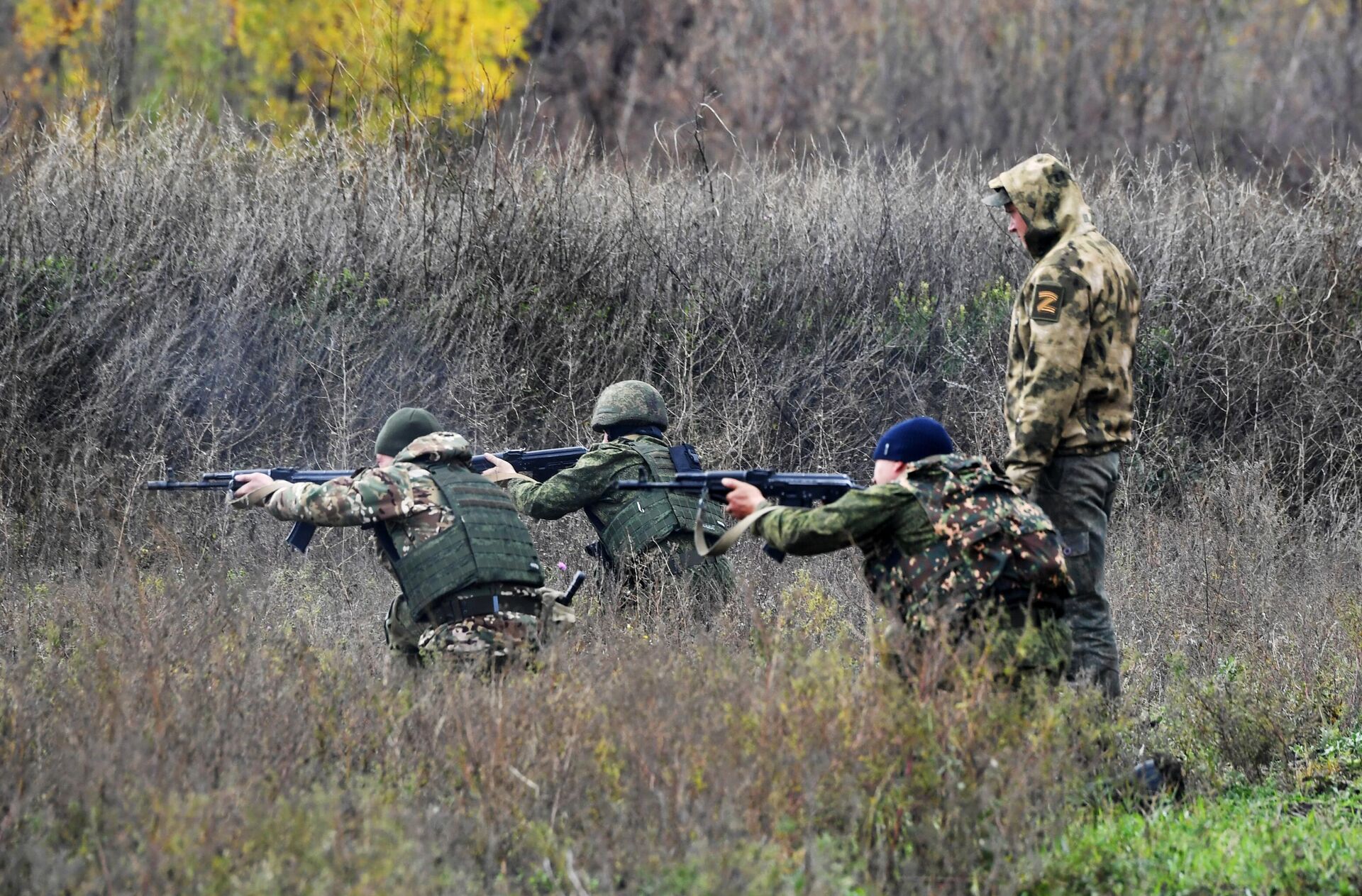 I’m Harold O’Connor and I work as an author and editor for News Unrolled, a news website dedicated to delivering the latest world events. With my in-depth research skills, passion for news writing, and keen eye for detail, I strive to provide readers with accurate information on current affairs from around the globe.

Harold
I'm Harold O'Connor and I work as an author and editor for News Unrolled, a news website dedicated to delivering the latest world events. With my in-depth research skills, passion for news writing, and keen eye for detail, I strive to provide readers with accurate information on current affairs from around the globe.

Figure skater Nugumanova wrote on a social network that she does not have a boyfriendMOSCOW, February 8 - RIA...

Ant-Man and the Wasp: Quantum Mania, the very first reactions to the film

What will critics think of Scott Lang's return and Kang's introduction in Ant-Man and the Wasp: Quantum Mania after...

Russian teacher told why he sat in Butyrka for 3 hours

Figure skater Nugumanova wrote on a social network that...
- Advertisement -

A soldier of the armed forces of the Russian...
World

In the statement made in the Netherlands, it was stated that the MH17 investigation has little data for new trials